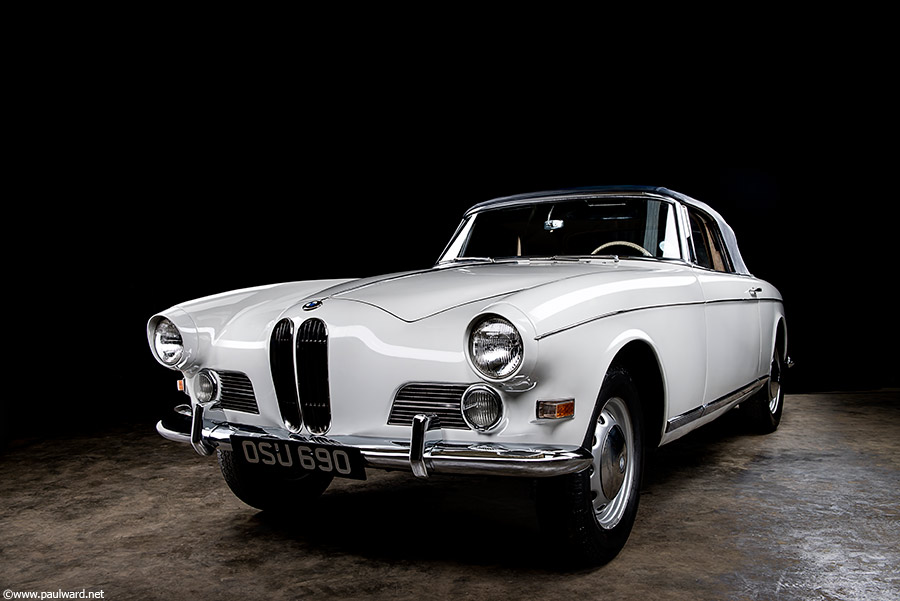 The BMW 503 is a two-door 2+2 grand touring automobile from the 1950s. BMW developed the 503 alongside their 507 roadster in an attempt to sell a significant number of luxury cars in the United States. The 503 and 507 cost about twice their projected price and did not recover their costs. During production from May 1956 to March 1959, 413 units of the 503 were built. Even though it was a prestige model it resulted in heavy losses for BMW.

The Bertone-bodied Cabriolet’s official production began in the summer of 1956. The BMW 503 Cabriolet is notable as the first German automobile to have an electrically-operated power top. The 503 also touts welded tubular frame construction, aluminium panels, an alloy V-8 engine, and very high-quality appointments; all of this made the car very expensive to build, and production of the Cabriolet was thus limited to a mere 139 units.