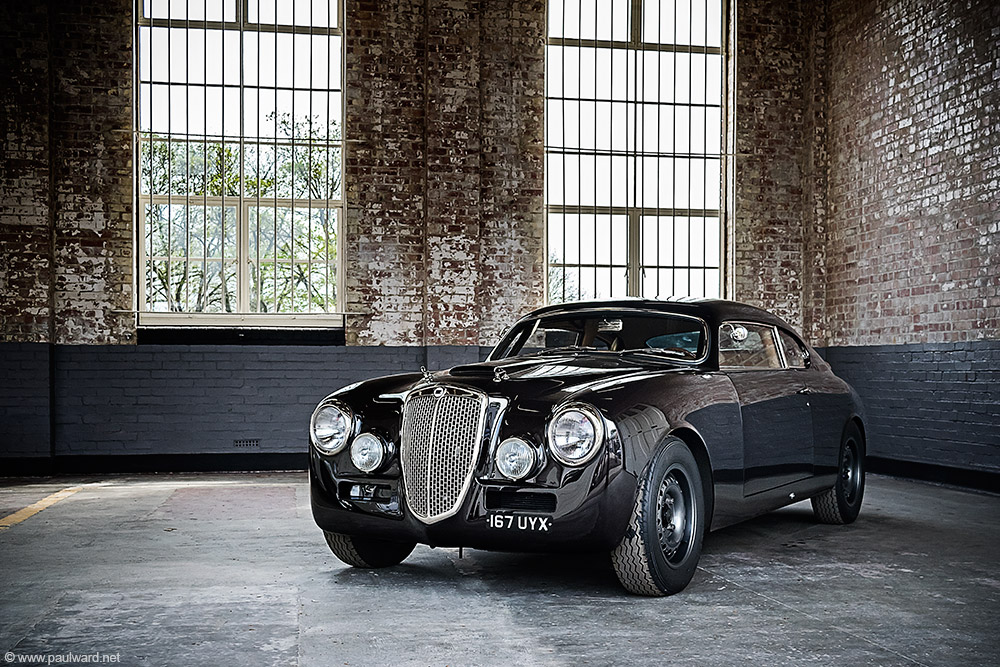 Photographed on location at Bicester Heritage.

Available as a limited edition print from Limited100

The Lancia Aurelia is a car produced by Italian manufacturer Lancia from 1950 to the summer of 1958. It is noted for using the first series-production V6 engine. Several body styles were offered: 4-door saloon, 2-door GT coupé (B20), 2-door spider/convertible (B24), and a chassis to be custom bodied by external coachbuilders. Establishing a post-war Lancia tradition, the car was named after a Roman road: the Via Aurelia, leading from Rome to Pisa.

The Aurelia was designed under the direction of engineer Vittorio Jano. Its engine, the first production V6 engine, a 60° design developed by Francesco de Virgilio, who was between 1943 and 1948 a Lancia engineer, and who worked under Jano. During production, capacity grew from 1.8 l to 2.5 l. Prototype engines used a bore and stroke of 68 mm x 72 mm for 1,569 cc; these were tested between 1946 and 1948. It was an all-alloy pushrod design with a single camshaft between the cylinder banks. A hemispherical combustion chamber and in-line valves were used. A single Solex or Weber carburettor completed the engine. Some uprated 1,991 cc models were fitted with twin carburettors.

At the rear was an innovative combination transaxle with the gearbox, clutch, differential, and inboard-mounted drum brakes. The front suspension was a sliding pillar design, with rear semi-trailing arms replaced by a de Dion tube in the Fourth series. The Aurelia was also first car to be fitted with radial tires as standard equipment. Initially 165SR400 Michelin X and later on the sports models fitted with 165HR400 Pirelli Cinturato.