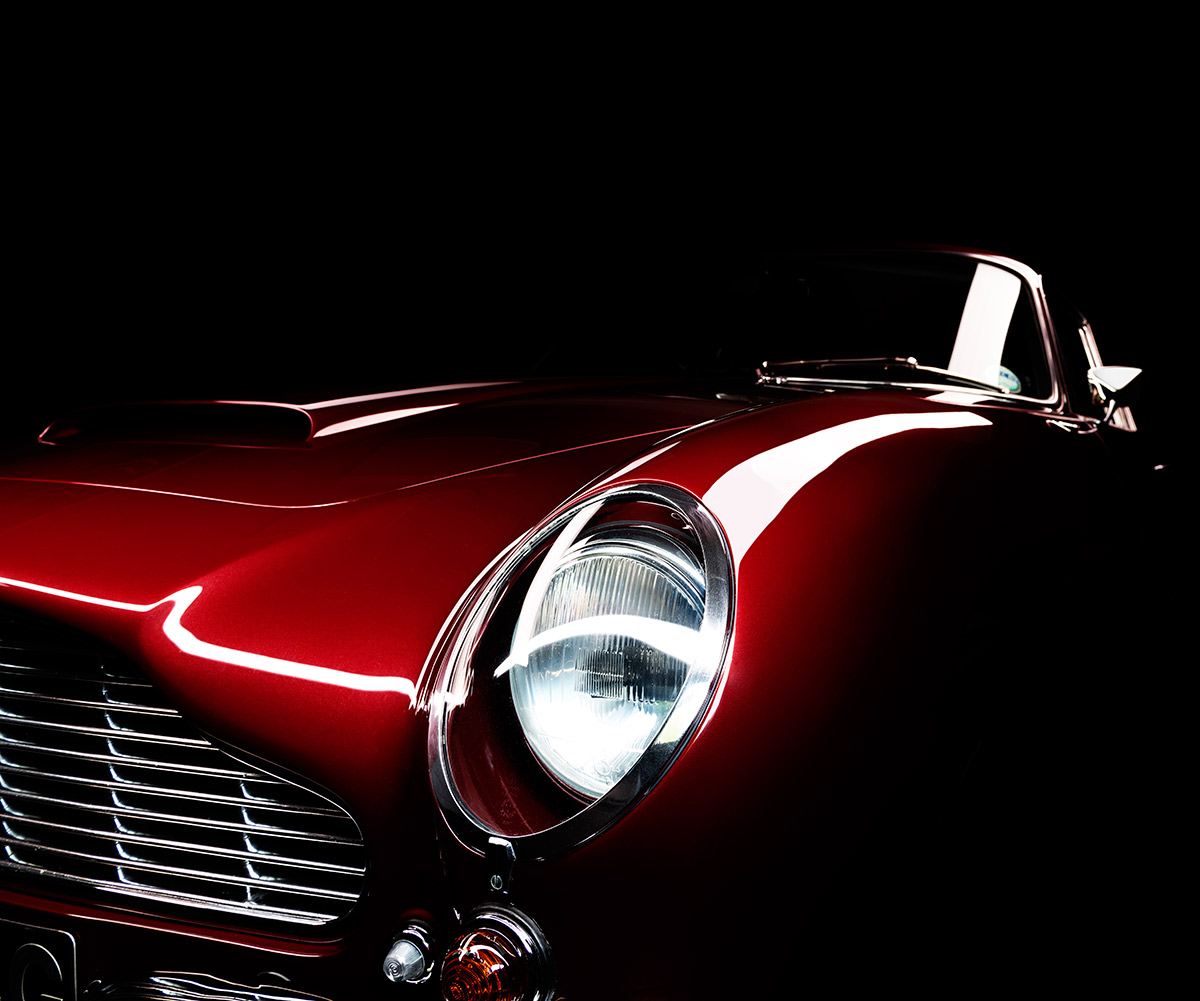 Aston Martin image was taken in association with Petrolheads Welcome

The Aston Martin DB6 is a grand tourer made by British car manufacturer Aston Martin and was produced from September 1965 to January 1971. The DB6 succeeded the Aston Martin DB5 and featured improved aerodynamics and specification over its predecessor. The DB6 is powered by the 3,995 cc twin-overhead camshaft (DOHC), in-line six-cylinder Aston Martin engine.


The DB6 has a resemblance to its predecessor, the DB5; with the most noticeable differences being its wheelbase, side profile, split front and rear bumpers and rear panels incorporating the Kammback tail rear end. The tail, combined with the relocated rear-axle and the 3.75-inch (95 mm) lengthened wheelbase, provide more stability at high speed. Though fashionable at the time, the rear-end Kamm-styled design was similar to the Ferrari 250, it did not prove popular with conservative, tradition oriented Aston clientele when the DB6 was introduced. Performance was satisfactory: road-tests of the day observed top speed of the Vantage model between 145 mph (233 km/h) to 148 mph (238 km/h), with John Bolster aboard a Vantage spec DB6 reaching a two-way average of 152 mph.