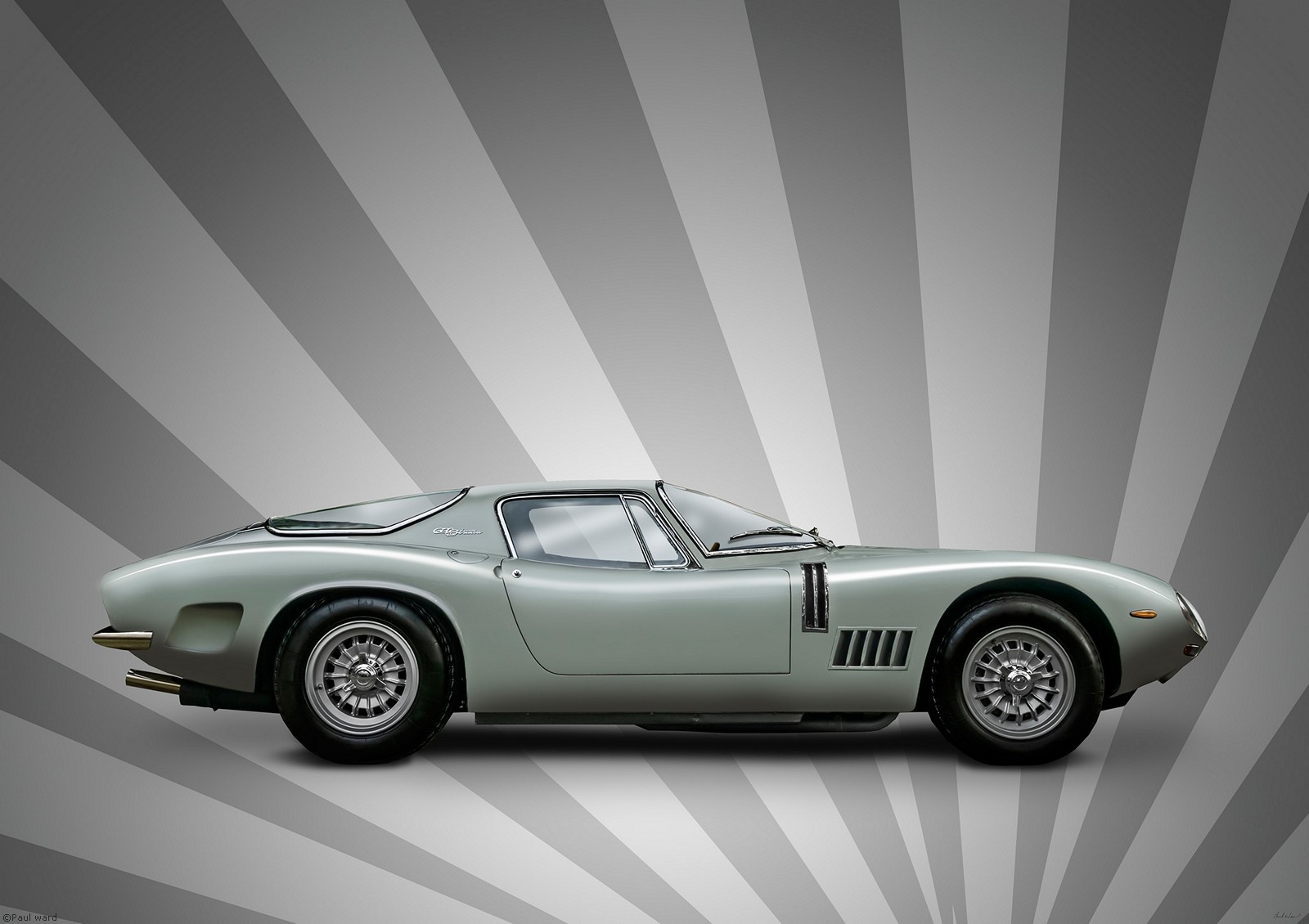 This image is available as a limited edition print from Limited100

Giotto Bizzarrini gained a reputation working with companies such as Ferrari and Lamborghini. His aim was to beat these past employers on the track, but that also meant selling road-going versions to help pay the bills.


The nut-and-bolt restoration of the rare Bizzarrini 5300 GT Strada was recognised at the recent Historic Motoring Awards, presented by Octane and Evo and took around 4000 to 4500 hours to restore, spread over a period of between 18 and 24 months.

Dynamic Italian styling from the renowned automotive engineer, Giotto Bizzarrini, make this car extra special with only just over 100 examples ever produced. Importance and attention to detail were of paramount importance with fastidious owner Guy Berryman of the band Coldplay adamant that originality should be considered at every stage of the process.

With so few cars to cross-reference, research was the name of the game. Details on this car were compared with a number of specialist Bizzarrini books already sourced by Thornley Kelham to ensure the interior, body and mechanicals were as they should be. They also consulted regularly with Jack Koobs de Hartog, universally recognized as the expert on these cars.

The restoration process started with a professional ‘before’ photoshoot, followed by disassembly and cataloguing of parts and then assigning and managing any subcontractors. Once this is complete, the restoration and rebuild phases begin. In this case, the metalwork, usually done in-house, was taken care of by Gary Pitney at GP Panelcraft.

everything else was exactly as the car would have left the factory, crucially maintaining originality in such a rare car.

Braking systems are the one area that things become less ‘nostalgic’ and more safety-oriented, which based on the fact Guy would be using the car on a regular basis, were brought rapidly into this century. All other components are said to be ‘better’ or exactly as the car would have left the factory, crucially maintaining the integrity of such a rare car.

The stunning Bizzarrini 5300 GT Strada was completed for its owner and then competed in the 2018 Concours of Elegance at Hampton Court Palace. Perhaps the ultimate endorsement came from Jack Koobs de Hartog who was consulted throughout the process, came to the UK specifically to see the car at the show and gave the car an emphatic vote of confidence.