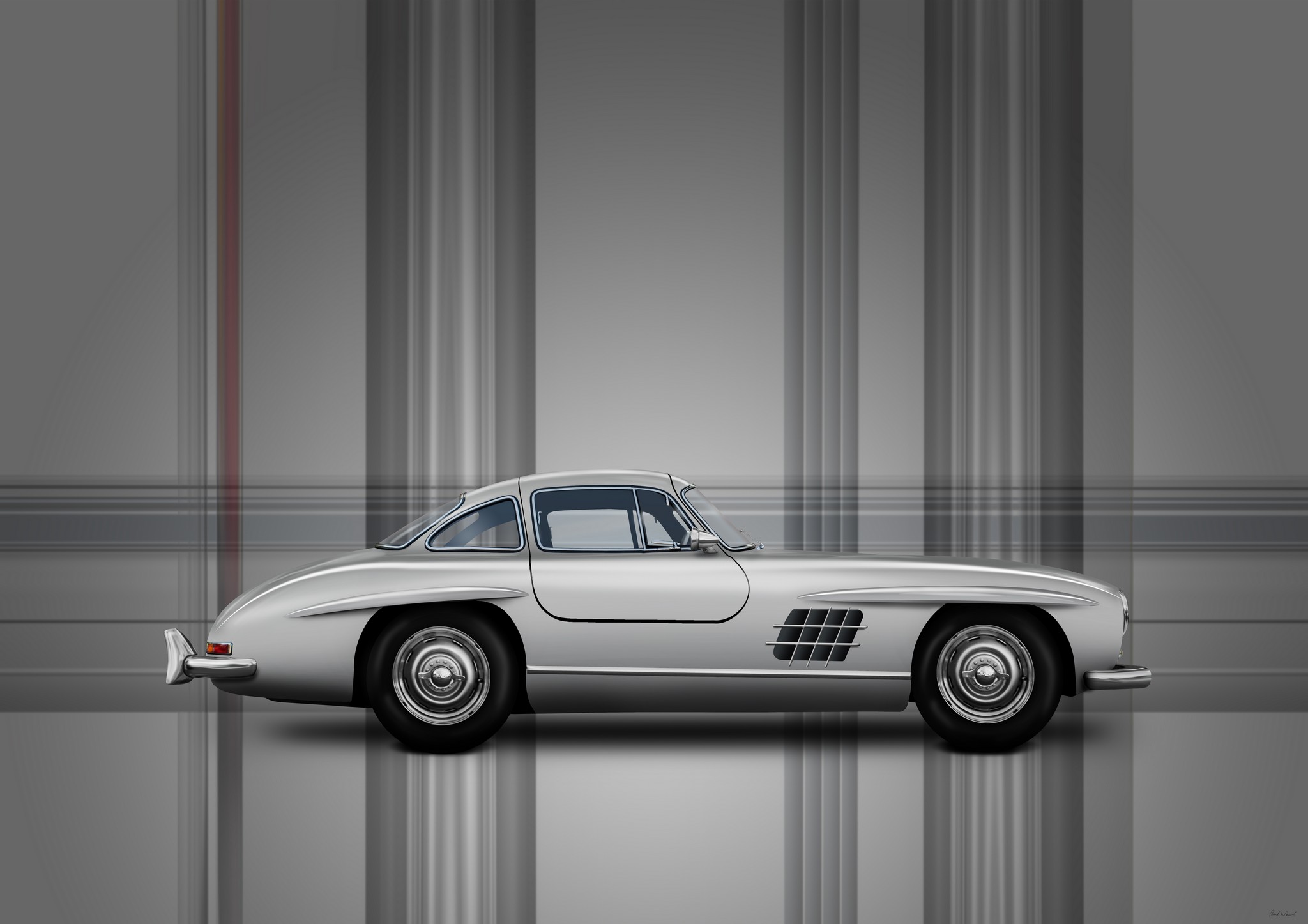 Available as a limited edition fine art print from Limited100

In September 1953 US importer Maximilian Hoffman convinced the Board of Management at Daimler-Benz to build a series version of the successful 300 SL racing sports car. Five months later in February 1954, the Mercedes-Benz 300 SL (W 198) made its sensational debut at the International Motor Sports Show in New York. The new sports car exuded elegance and innovation in equal measure. It was the world’s first four-stroke production passenger car to be equipped with output- and efficiency-enhancing direct fuel injection. The engine output of 215 hp (158 kW) provided a top speed of 250 km/h, depending on final drive ratio. That made the 300 SL the fastest production car of its day. As with the legendary racing sports car from the 1952 season, the vehicle featured consistent lightweight design throughout and a space frame that supported the engine, transmission and axles and left no room for conventional doors. The top-hinged, upswinging doors became the 300 SL’s most distinctive feature and earned it the popular name “Gullwing”. Even today the 300 SL is considered the ultimate dream car. In December 1999 it was voted Sports Car of the Century by a jury of trade journalists. (source – mercedes benz )