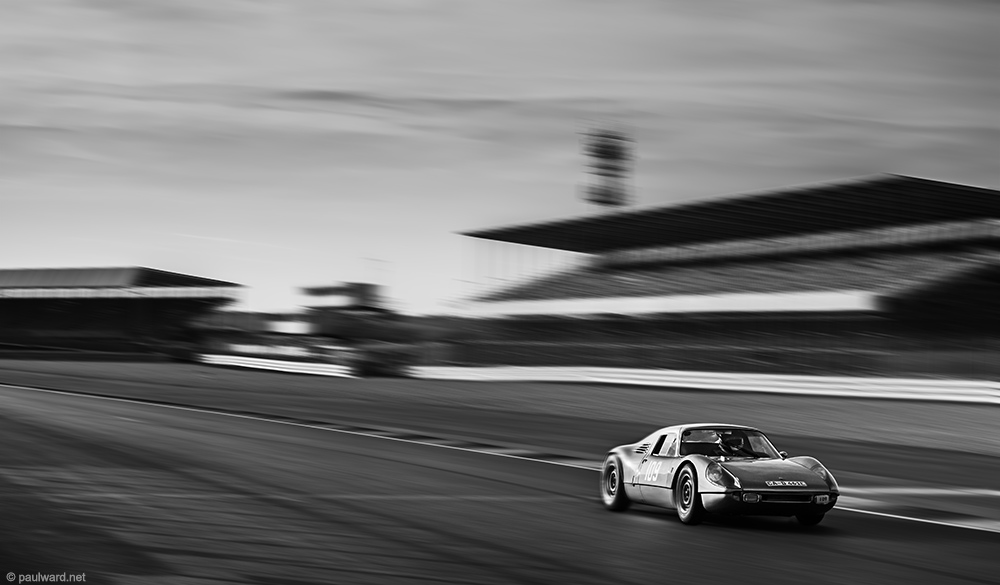 Porsche 904 photographed by Paul Ward This image was shot at Silverstone circuit History The Porsche 904 is an automobile which was produced by Porsche in Germany in 1964 and 1965. It was officially called Porsche Carrera GTS due to the same naming rights problem that required renaming the Porsche 901 to Porsche 911.